"...So, what do Food Products have even remotely to do with Biofuels, Bioenergy, and the like, from a BioRefinery?

Please note: Readers may navigate through the Infographic by clicking on the gold dots next to the product(s) of interest. 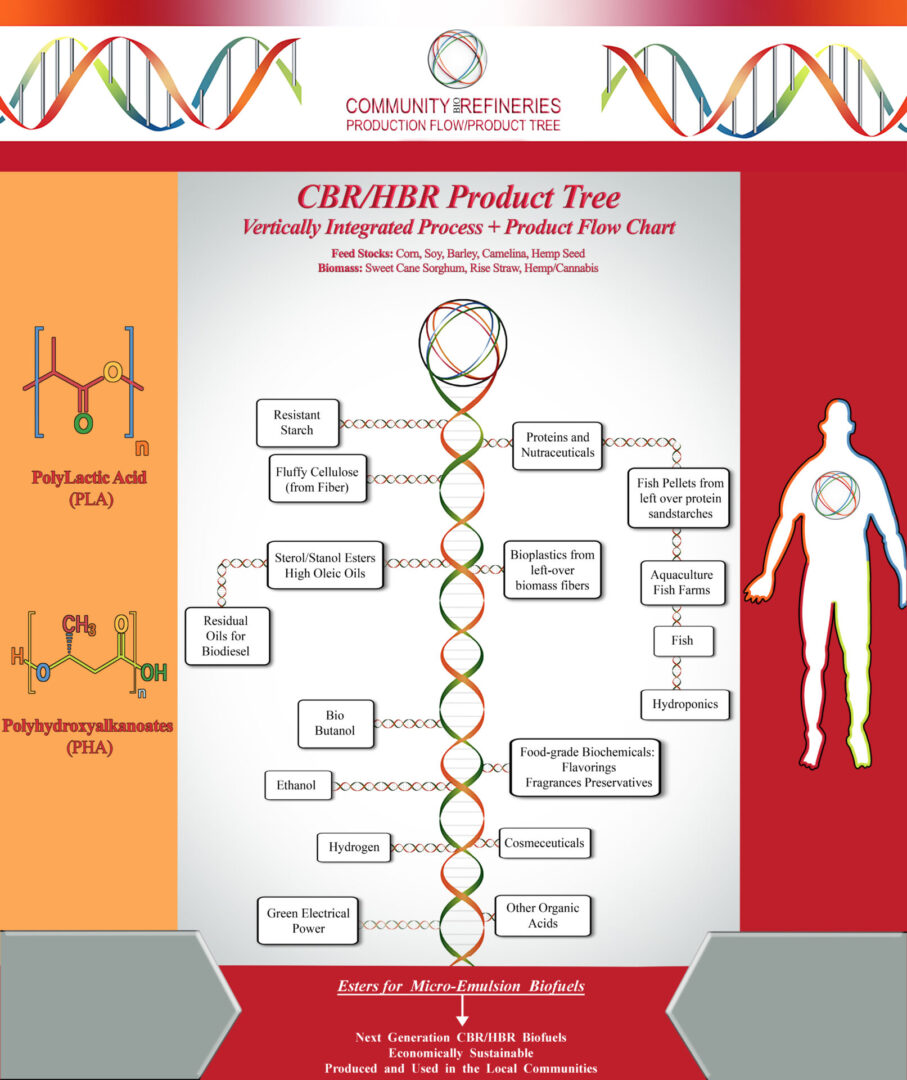 The CBR/HBR continuous flow bioreactor system enables us to approach fermentation science from some exciting directions.

In chemistry, an ester is a chemical compound derived from an acid (organic or inorganic) in which at least one –OH (hydroxyl) group is replaced by an –O–alkyl (alkoxy) group. Usually, esters are derived from substitution reaction of a carboxylic acid and an alcohol.

What are esters used for?

These and other volatile esters with characteristic odors are used in synthetic flavors, perfumes, and cosmetics. Certain volatile esters are used as solvents for lacquers, paints, and varnishes; for this purpose, large quantities of ethyl acetate and butyl acetate are commercially produced.

Our late Founder, the first patent holder on biodiesel from organics, possessed significant perspectives in the cultivation and application of simple algae as a meaningful feedstock for food AND biofuel production. While CBR fully intends to continue to pursue his vision, our initial focus will be on more traditional feed stocks and biomass.

Having said that, our quest for suitable biomass for biofuel, even the concept of algae cultivation, appears in the spotlight for biofuel manufacturing due to several positive perspectives such as:

Don't look behind that curtain; there's no one there…

The biofuels industry would have us all believe that they are a stand-alone monolithic entity.  Just like a line from "THE WIZARD OF OZ":

The reality is that the Food industry and the Biofuels industry have everything to do with each other. The US biofuels industry relies primarily on diverting vast amounts of corn and soy from the food chain to literally burn it up just to produce biofuels (which when put into fuel tanks finishes the job). Diverting that much corn and soy from the food chain results in shortages, which further result in an increase in their prices. (There is that pesky supply-and-demand biz again…)

Today, the biofuels industry can no longer produce just one meaningful product and then hide behind the curtain. In 2020, the Mighty Wizard has been revealed!  A true biorefinery must immerse itself in the realities of the new environmental demands, social awareness, and the latest technological breakthroughs; it must embrace vertical integration to produce bio-based, economically sound, and environmentally responsible products. What the biorefinery industry needs in the 21st Century is the Community Bio-Refinery, the ‘CBR’. 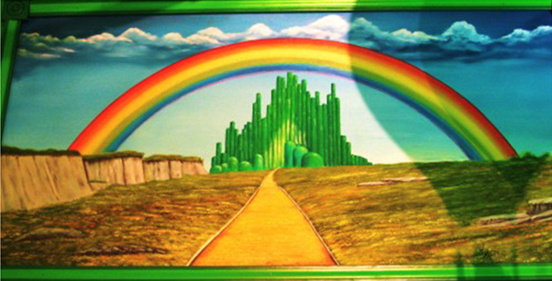 In the scientific engineering field, infographics are visual tools to show the vertical integration of products generated in your facility. A Product Tree Infographic is one of the most powerful tools you can use to explain your process to the readers. Our Product Tree (above) represents an organized sequence of information that enables us to communicate information about a specific product.

Our Product Tree Infographic is similar to a picture book with the visual steps we utilize to process every molecule in our feedstock.  We developed interactive infographics for the two styles of learning.  The "left-brained" observer is often said to be more logical, analytical, and objective; a "right-brained" observer is said to be more intuitive, thoughtful, and subjective.  We created the CBR/HBR Product Tree Infographic with each page interlinked to necessary information about each product produced by the CBR process. It's not only visually exciting, but it also makes it much easier to understand the information contained in each item.

Using the product tree or the red ‘accordion’ drop-down menu above, you can use both widgets for more in-depth information on any of our bio-based products.  Each of the devices (Red Accordion drop-down boxes or the Infographic) has a comprehensive description of the products we produce.

The critical difference between the two is that a product graph represents data and information rather than the actual product itself. We created an interactive product tree that lists a variety of products generated within a Community Bio-Refinery.

Supermarkets compete with fuel stations for the same commodities, spawning the Food vs. Fuel debate.

Our Founder was appalled at the unmitigated waste of food committed by the traditional biofuels manufacturers.  Grains were (and are) being cooked to make their sugars more accessible for fermentation.  Corn and soy go into the production of literally thousands of food products - and everyone has to eat.  By contrast, biofuel producers end up destroying the grains in order to squeeze out its sugars for fermentation into ethanol; soy suffers a similar fate after its oil it squeezed out to make biodiesel and much of the rest is discarded.  The left-overs are “used” for animal feed, but even the animals know that the nutrition once there is now gone, so it is typically ignored by them. Farmers have no other choice but to spread it on their fields. Wasted…

Their waste water is callously dumped in local streams and rivers, killing all living things in them. Fines from the EPA are considered as a little more than an ‘overhead’ expense. (When asked about the tremendous waste, one biofuels executive merely replied that they could just “ship it all to the starving third world countries to provide them with protein”.  Our Founder pointed out that the Dried Distillers Grains (DDG) are poisonous to humans (and is why even animals know not to eat it). The proteins have been exposed to so much heat that they are thoroughly destroyed. Wasted…

At the very heart of the Community Bio-Refinery process is the production of FOOD as well as BIOFUELS. We create both; neither is created at the expense of the other – and nothing gets wasted.

As a famous German physicist and mathematician once said, “The energy of the world is a constant. The entropy (lack of order; decline into disorder) of the world tends towards a maximum.” Sadly, we are seeing the evolution of that very process today.

Are we saying that the biofuels industry is bad and/or that it is run by bad people? Absolutely not.  We as a nation have fallen into this decline into energy disorder with a rush to be the first with the most (biofuels).  Little or no thought (or, at best lip service) was made towards what the long-term effects of their approach might actually cost us all.

Our Founder established one of the very first biofuels research companies and managed to invent and patent biodiesel fuel (and even trademarked the term ‘biodiesel’!).  But he knew what would happen to food commodities if production methods were left unchecked.  His biofuels production process evolved, after years of trial and error, until it became what Community BioRefineries enjoys today.

The CBR process separates, extract, and recovers the food values (proteins and carbohydrates) from feed stocks FIRST; then and only then does the “waste stream” from that part of the process go on to make biofuels. Nothing is wasted.